Global governance needs reshaping if we’re to achieve the SDGs

The challenge of achieving the Sustainable Development Goals (SDGs) puts the way in which we govern ourselves to the test. If we wanted to achieve the SDGs by 2030 by just using the governance structures of the pre-2015 world, we would end up in that world again, or even worse. For several years, our domestic political systems and the global governance architecture have been struggling to respond effectively to people’s changing needs and aspirations, as well as to present and future threats to our societies. The COVID-19 pandemic has further laid bare the deficiencies of how our societies, as well as humanity as a whole, deal with common and collective problems.

Why governance is ineffective

In many countries, politics and society are characterized by institutional, political, and ideological path dependencies, where practices continue based on historic preference. The nature of entrenched vested interests and power elites also renders it difficult to adequately address challenges like the pandemic, climate change, or the fracturing of societies. Where political systems fail to respond to grievances, bring forward responsible leadership, or integrate heterogeneous values and norms among societal groups, populist movements and leaders can more easily exploit frustration, often exacerbating the underlying root causes. On the other hand, we observe societal movements like Fridays For Future and Black Lives Matter, and democracy and human rights activism in all continents that call for solutions to these problems. In some places, they are increasingly met with the authoritarian arm of political systems, particularly in the wake of the pandemic.

Similarly, many features of the present global governance architecture hail from a time when our world looked different from today. Over the past decades we have seen major global shifts in demography, economics, and politics. These shifts, as well as today’s urgent needs for collective action to safeguard the future of humanity, are not adequately mirrored in our global institutions. It was a rare and historic achievement when in 2015 world leaders adopted the 2030 Agenda for Sustainable Development and the Paris Agreement on climate change. However, the first five years of the implementation of both did not meet expectations. On the contrary, the rise of populist and nationalist counter-transformations, as well as the increase of geopolitical tensions, let multilateral, solution-oriented cooperation grind almost to a halt. The patchy international reaction to the pandemic has sadly been further proof of this.

The need for integrated, all-society, and all-humanity approaches to the great challenges of our times is at odds with two main features of today’s domestic and global governance. First is the separation and division of labor between policy fields at both the national and international level. This goes beyond ministries or international organizations and extends to business, academia, and society. The underlying rational of effective policymaking assumes that the sum of rational actions in each field yields the best societal or global impact.

Second is the narrow understanding of the role of the state and of the interaction between nation states. Here, the focus lies on regulating competition or balancing interests in the domestic and global markets as well as between nation states. Only at the nation-state level is this accompanied by public finance in the order of 30% to 50% of gross domestic product for investment in infrastructure and redistribution. Again, the misguided assumption is that such an approach alone can best serve the interests of the individual economic actors or nation states, and therefore of society and humanity at large.

Transformations and new ways of working

The mismatch between our ambitions and the way we govern ourselves creates a dilemma. We need to change policies faster than we can responsibly change politics. The only way forward is disruptive incrementalism: looking for doable, smaller steps that can trigger bigger, transformative change. In this respect, two interrelated approaches are proving both innovative and helpful templates for transformative governance. First, advancing the implementation of the 2030 Agenda and the Paris Agreement by focusing on a limited set of key transformations. And, second, creating new ways for various actors to collaborate to drive these transformations forward.

The concept of SDG transformations was introduced by the global research initiative, The World in 2050 and developed further by the first Global Sustainable Development Report (GSDR) prepared for the UN in 2019. The GSDR identifies six systemic transformations (like food systems and nutrition patterns) and four transformational levers (like science and technology). This approach is mirrored in the European Green Deal (EGD), which designs a set of deeply transformative policies to implement the 2030 Agenda, and was also adopted by the recently updated German Sustainable Development Strategy.

The concept of SDG transformations both requires and allows for government, business, and civil society to work together in new ways across different sectors, to define goals and put integrated solutions into practice. These new ways of working are not meant to supplant the established structures of government and governance. Rather, they should complement, incentivize and reform the structures to deliver the necessary change.

More power to the people

The example of the German Coal Commission has shown that coordinated action for deep transformation can be agreed upon by the ‘antagonistic cooperation’ of politics, business and civil society.

In 2018, the Federal Government appointed and mandated the Coal Commission to develop a plan for the gradual phasing out of coal-fired power generation, which at the time accounted for one third of Germany’s total power generation. The commission was composed of representatives from the energy sector, lignite mining regions, industry, environmental associations, trade unions, the scientific community, and the political parties that made up the government. The agreement reached by the commission in 2019 may not satisfy everyone’s ambitions, but without it the German energy transition would probably have ended up in a ‘governance gridlock.’ This and other examples have shown that such cooperation can be successful, from the international Extractive Industries Transparency Initiative (EITI) to municipal advisory boards for sustainable development. Another way is the introduction of randomly composed citizens’ assemblies, such as the French Citizens’ Convention on Climate. Whether through stakeholder commissions of antagonistic cooperation or citizens’ assemblies, success hinges on how the legislative and executive branches of government deal with the output of these fora.

Transformative politics needs transformative policy advice that breaks the boundaries of traditional disciplines. But most scientific advisory councils are mandated and peopled in ways that mirror government departmental structures. Councils of economic experts advise the ministries of finance and economy. Councils of natural scientists talk to the ministries for climate and the environment. If departmental policymakers and their respective epistemic communities are locked in self-referential discourse, solutions to problems that require cross-departmental cooperation are hard to find.

Since 2018, SDSN Germany and the Science Platform Sustainability 2030have invited around 20 key advisory councils across government to the so-called Beirätedialog, an annual dialogue of the scientific councils. The aim is to foster interaction on policy advice and alignment with the 2030 Agenda. The dialogue has already led to some joint initiatives and changes in advisory work, but further success depends on the how government departments respond to this innovative, cross-cutting approach.

The urgent need to respond to the economic and social damage caused by the pandemic in a way consistent with the Global Goals requires an innovative re-alignment of economic governance mechanisms. In Europe, the NextGenerationEU recovery instrument links solidarity and transformation in a continent-wide endeavor. It is innovative not only in the way it is financed but also in how it is governed. All member states both contribute to and benefit from the facility. They must all present recovery and resilience plans that will be assessed by the European Commission and approved by the European Council.

Although there are some procedural shortcomings with regard to the operational role of both the SDGs and the EGD, NextGenerationEU is the biggest chance ever to restart the EU’s transformation towards sustainable development. For this to happen, the European Commission and the member states need to strongly link the design, assessment, implementation and monitoring of their recovery plans to the EGD and the SDGs. Furthermore, they must ensure that all stakeholders in sustainable development, from business to civil-society organizations to academia, are fully involved in the unfolding processes (including in the European Semester, the framework for the coordination of economic policies across the EU).

Achieving the SDGs requires an international cooperation architecture that is truly universal, one which encourages transformations in all countries, poorer and richer alike. As we are learning from both the pandemic and our collective sustainability challenges, there is no direct correlation between successful responses by countries and their income levels. All countries need to live up to their responsibilities. All can contribute to solutions within and beyond their borders. All should have a voice in addressing challenges around the globe.

Achieving the Global Goals critically depends on implementation within the so-called developed countries as well as between them. The world is moving on from a time when a few countries had the solutions, money, and power, while others with the problems sat at the receiving end. The voluntary national reviews (VNRs) for the High-Level Political Forum on Sustainable Development and the nationally determined contributions(NDCs) under the Paris Agreement are welcome first innovative steps in the intergovernmental architecture that reflect the universality of both agendas. In contrast, most of today’s international cooperation architecture is still trapped in the persistent path dependency of a North–South narrative that perceives cooperation as aid or charity limited to poorer countries.

Nonetheless, change is creeping in. In the fields of global health, environment, and climate, new cooperation instruments have been set up that follow innovative ways to mobilize, allocate, and govern funds. Among the contributors are some poorer nations. Allocation follows more the necessity to act than the neediness of places. Countries can be both contributing and implementing partners at the same time, can engage in reciprocal and circular learning, and come together in governance bodies in new and equitable forms.

These experiences demonstrate that a transition is already underway towards a new framework for financing social, economic, and environmental challenges in rich, poor, and middle-income countries. This new model of Global Public Investment is, in the words of former UN Development Programme Administrator Helen Clark, “our best bet for modernizing international public finance for the 21st century.”

But do not be fooled: this transition will not come cheap. We will need significantly higher and more stable global funding to build forward better after the pandemic and achieve the Global Goals. Governing these funds differently is a precondition for doing so successfully. International cooperation for sustainable development needs to become universal, multimodal, mutual, and transformative if it wants to deliver change. 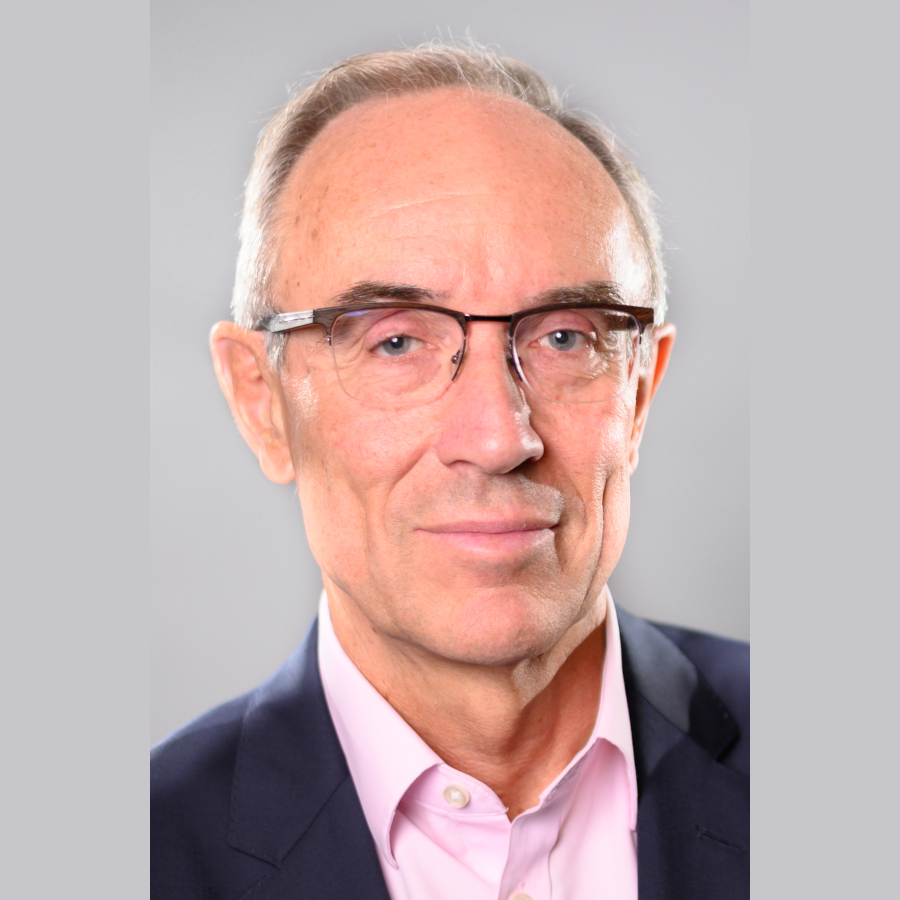